“Chris. I never thought I’d marry a white guy.” Best. Opening line. EVER. The minute we heard Mariah’s vows to Chris, we couldn’t wait to interview her. 😂 Chris and Mariah met in Hawaii where they both completed a year-long internship at Hope Chapel Maui. So, it’s fitting that they invited their family, friends, and loved ones to celebrate their marriage in Maui, right where their love story began. Captured by A Little Long Distance, Chris and Mariah’s wedding will captivate you from start to finish.

How did you meet Chris and fall in love?
Chris and I met on the island of Maui, Hawaii where we both left our hometowns to do a year-long internship at a church called Hope Chapel Maui. Within a few nights of meeting each other, we were staying up until 5 a.m. hanging out, long boarding in the streets and parking lots of Kihei. We became best friends pretty quickly, and from there we slowly let love grow.

Tell us how the proposal happened.
Wow. The proposal was pretty crazy (in a great way). For the last year of our relationship before we were engaged, Chris and I were living in two different cities. He lived in New York City and I was still living in Kihei. One week in May, his mom had planned to come from Washington State to visit. This wasn’t an uncommon occurrence for she often came from time-to-time to recharge in the warm weather and nice beaches….so I had no reason to think anything special was happening. Little did I know that she was sent on island to spy and give Chris updates about my whereabouts and status. It turns out that Chris had flown my whole family, a few of our best friends and his family, AND himself to Maui. They we were all on the same island for about a week without my knowledge…no wonder they needed a spy.

Anyway, one day Mrs. Melanie and I had plans to hang out after I got off of work. It was (supposedly) one of her last days visiting and she wanted to go out to dinner and take pictures on the beach. She told me to wear a dress of some sort. She picks me up from work and says she has changed her mind and she had a different idea of where she wanted to spend her last day. I was just hoping that it was okay that I was still in my work clothes. We pull up to a special spot where I told her, “This is where Chris and I had our last date picnic before he moved to New York.” She smiled and acted surprised. We pull up and she got out of the car, gave me a bag, and said, “Put this on.” I was really confused at this point but I went with it. After I changed, she gave me a note written in Chris’ handwriting. I followed a trail to the coast and there he was standing there. I was SHOCKED. And long story short, after he proposed, my best friend jumped out of a bush, my family was chilling out by a few picnic tables on our walk back to the car and our dinner plans were actually a surprise party at our dear friends house with all of our closest loved ones. It was an overwhelming day to say the least, but one of the best.

Tell us about something that was creative or unique to your wedding.
Well, technically this unique aspect of our wedding wasn’t planned but it turned out to be beyond sweet and sentimental. My grandparents (Nana and Popop) planned to come to our wedding in Hawaii from Virginia, but as the wedding neared my Popop was not strong enough to travel. It was a blow to the heart not having them there. But, on the day of the wedding, starting at the ceremony, my aunt FaceTimed my grandparents and they were able to see the whole ceremony. As we were worshipping I caught out of the corner of my eye my aunt standing up close to Chris and I. At first I thought she was taking pictures! As a looked closer she was giving nana and Popop a better view and I got to wave and see them for a moment. And if that wasn’t special enough, my Popop sadly ended up passing a way a couple of months after the wedding. But when I got my pictures and the video back, both Josh and Eric captured Nana and Popop ON THE PHONE. When I saw the clip of them in my wedding video, I cried my eyes out. Hire the right photography/videography team, people.

Describe the moment from your wedding day that stands out to you the most.
Wow, tough question. I would have to say it is a tie between a moment my parents, who are divorced, and I got to pray together before we all walked down the aisle, and when Chris and I got to tell each other our vows. I’m not really a cryer, but on that day, there was NO tear that was held back.

How did you find your wedding dress? Who designed it and how did you know it was the one?
I actually moved to New York for three months after Chris and I got engaged and spent the summer with him there. So obviously I did my dress shopping there! One of my friends came from Nashville to help me take on the Big Apple. We went EVERYWHERE…which also means we were lost 90 percent of the time. But surprisingly, while she was there, I didn’t feel like I had found the one. For some reason in my mind, I was pitted against going to David’s Bridal. I was in New York City where there were over one billion unique dress shops! But I ended up caving and made an appointment. The lady helping me ended up pulling a dress for me, that I would never have pulled for myself, and I was obsessed with it. She said when a bride finds her dress, they touch it a lot. I was so handsy with that dress, there was no way I wasn’t taking it home! Melissa Sweet was the designer.

Your vows were INCREDIBLE. They were equal parts emotional and funny — especially your line, “I never thought I’d marry a white guy,” which had everyone cracking up. Can you tell us about the process of writing your vows, and any tips you have for future brides and grooms?
What the heck. So sweet. Thank you. I remember being pretty intimidated to write my vows. One day, I had an hour break off of work and I came home and forced myself to sit and just write. And once I made myself still enough, and focused enough, words began pouring out of me. I am a Christian and as I was writing, I felt so much guidance from the Holy Spirit and I knew he was sitting there with me because I was crying pretty uncontrollably haha.

It was such a sweet and emotional process. After I had finished writing, I realized that my vows were mostly a testament to what Jesus Christ had done in my life and what he was calling me to do as a wife for my husband. It was cool because I felt I was lead to write outside of the traditional confines of how vows are typically written. So my tips. Write your own vows, it is SO special. Do not be afraid to write untraditional vows. Let whatever comes to your heart flow and guide your writing process. Vows don’t have to be one hundred percent serious! Throw in a funny (BUT TRUE) joke. 🙂 I really didn’t think I would marry a white guy, but he is my best decision to date.

What made your wedding feel extra special to you and Chris?
Man, there was just so much love. And again, the Holy Spirit was so present. It felt like Jesus was siting in the audience cheering us on. A few weeks ago Chris mentioned to me… “I feel like I was more affected by just how present Jesus was at our wedding than our actual relationship.” “Thank you? I guess?” was my reply. Haha. But he was so right. God makes all the difference.

How did you find your filmmaker A Little Long Distance and what made you choose them?
One of my close friends that I met in high school had a brother who made incredible wedding films. (Shoutout to you, Sarah Helton.) It’s funny because I knew Josh (one-half of A Little Long Distance) in high school and if I recall correctly, Josh started making these crazy prank videos and just videos of him and his friends doing bizarre things that I used to watch. A few years later I was excited to see that he started doing wedding films. And once I saw his first video, I knew I wanted A Little Long Distance to be a part of my day. It was a dream come true.

What is your favorite moment from your wedding film?
What?! This is so hard. If I had to choose one favorite moment it would probably be when I walked down the aisle and seeing everyones’ reactions caught on film, because I am pretty sure that I blacked out during that whole chunk of time of walking down the aisle with my dad.

What do you think the “secret sauce” to your relationship with Chris is?
Absolutely Jesus is our secret sauce. He holds everything together. Jesus is that dude.

Best wedding planning tip you’d share with future brides and grooms?
Chris and I both agreed on this. We had such a successful time planning and enjoying the planning process because at the very beginning we both chose three non-negotiables that we absolutely wanted to be incorporated into our wedding. For example, one of mine was I wanted “A Little Long Distance” to do our video and one of his was an open bar, etc. Once we chose the things that we wouldn’t want to budge on, we were flexible with the rest of the other details. Doing this made the whole planning process a little less stressful!

See the full vendor list for Chris and Mariah’s wedding by A Little Long Distance here. 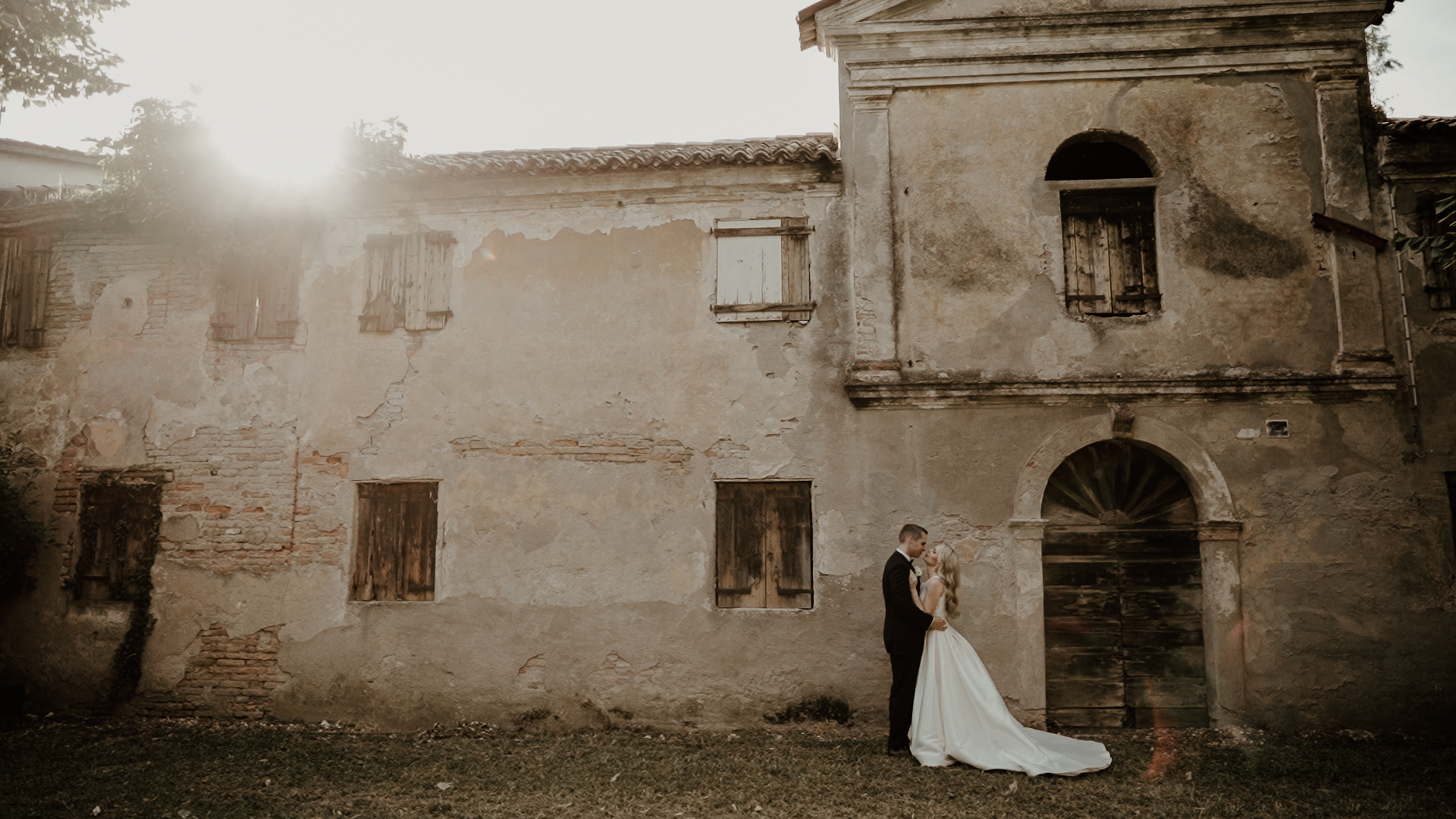 Caroline & Benjamin in Verona, Italy at A Villa

SHARLENE & DAVIDE in Baveno, Italy at a venue 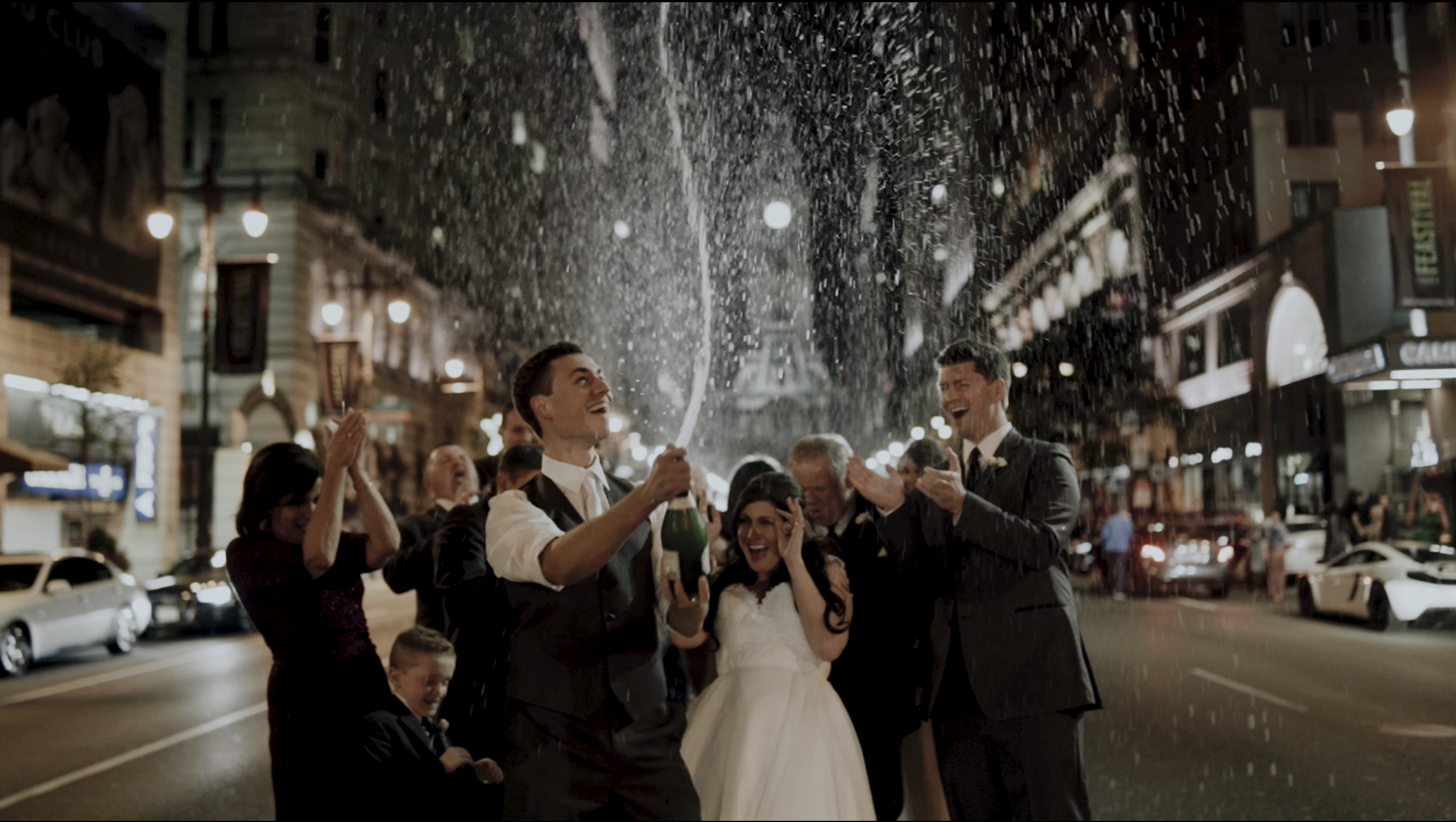 Jacqui & Nick in Philadelphia, Pennsylvania at The Lucy by Cescaphe 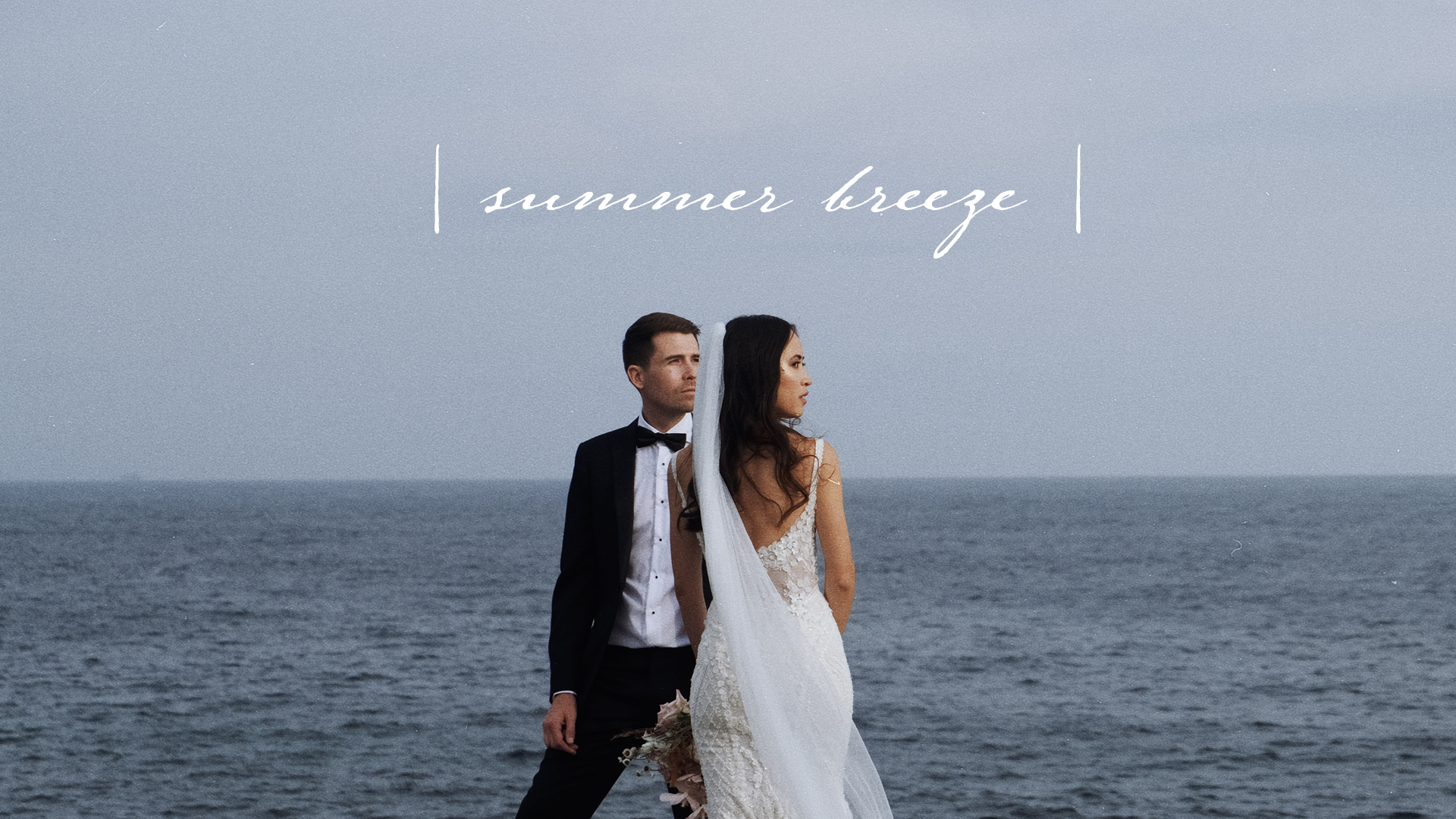 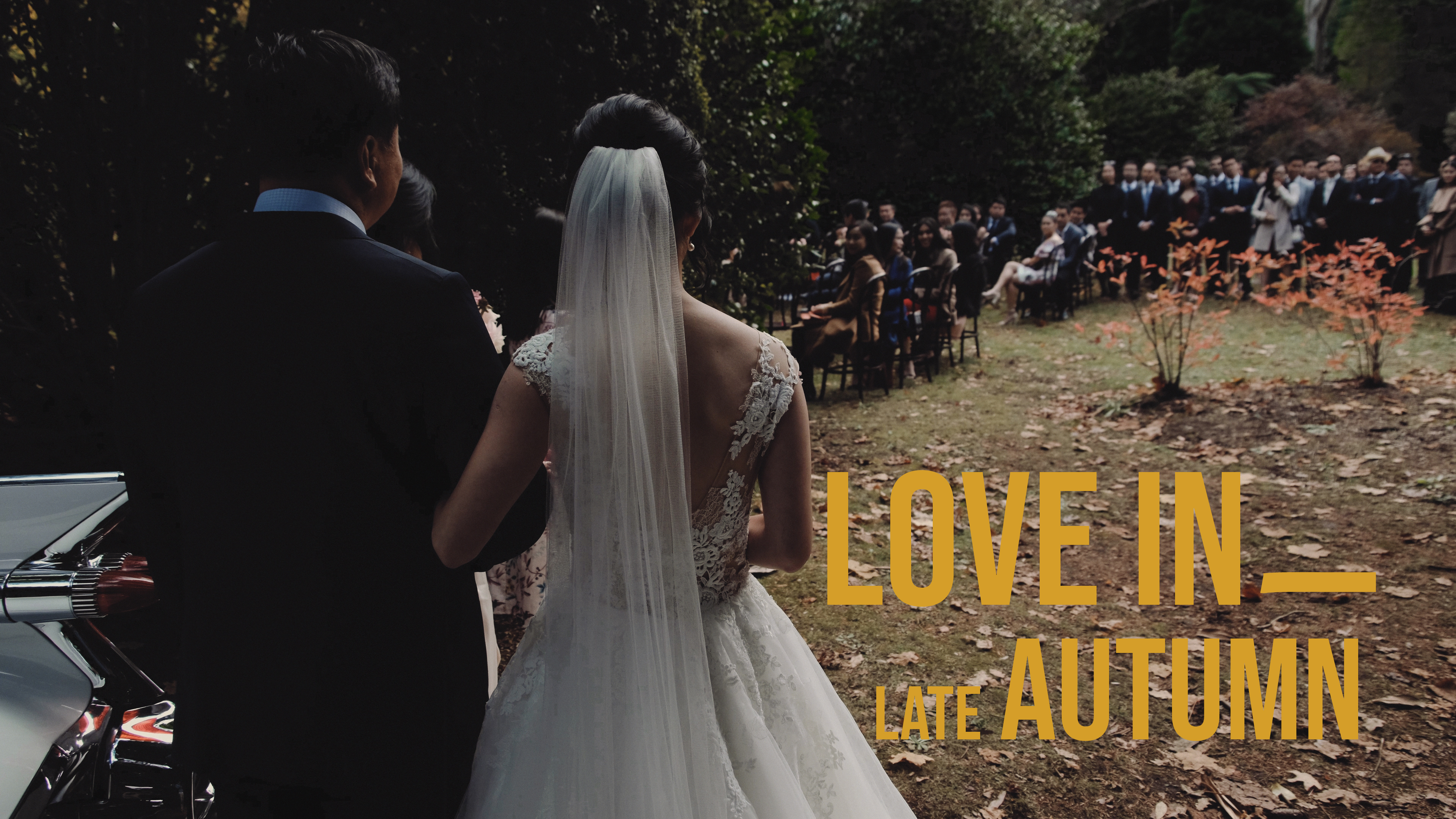 Melissa & Andrew in Pinecrest, Florida at Temple Beth Am 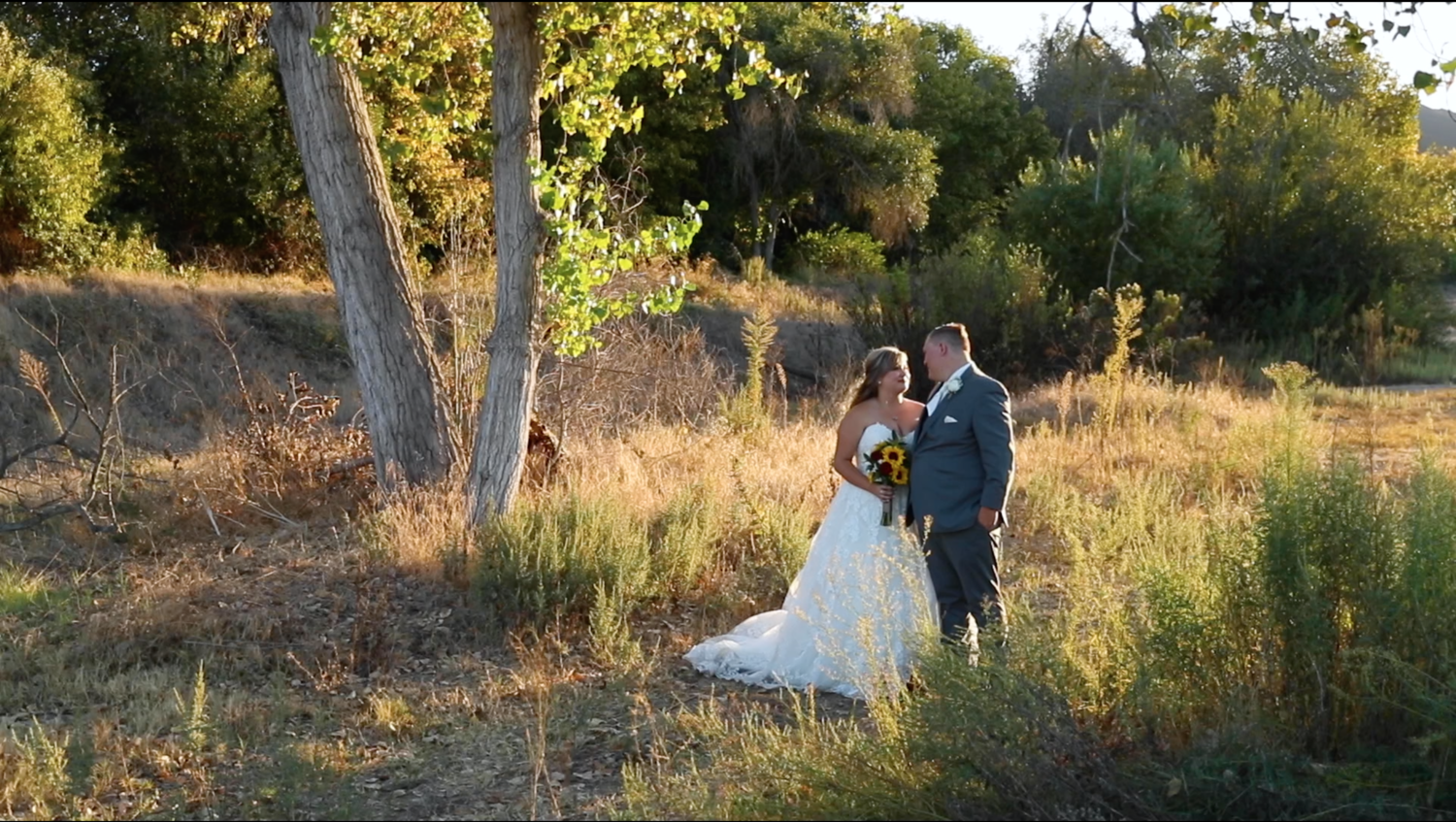 Lynette & Erin in Waymart, Pennsylvania at the lodge at keen lake

Monica & Cesar in Absecon, New Jersey at The Smithville Inn 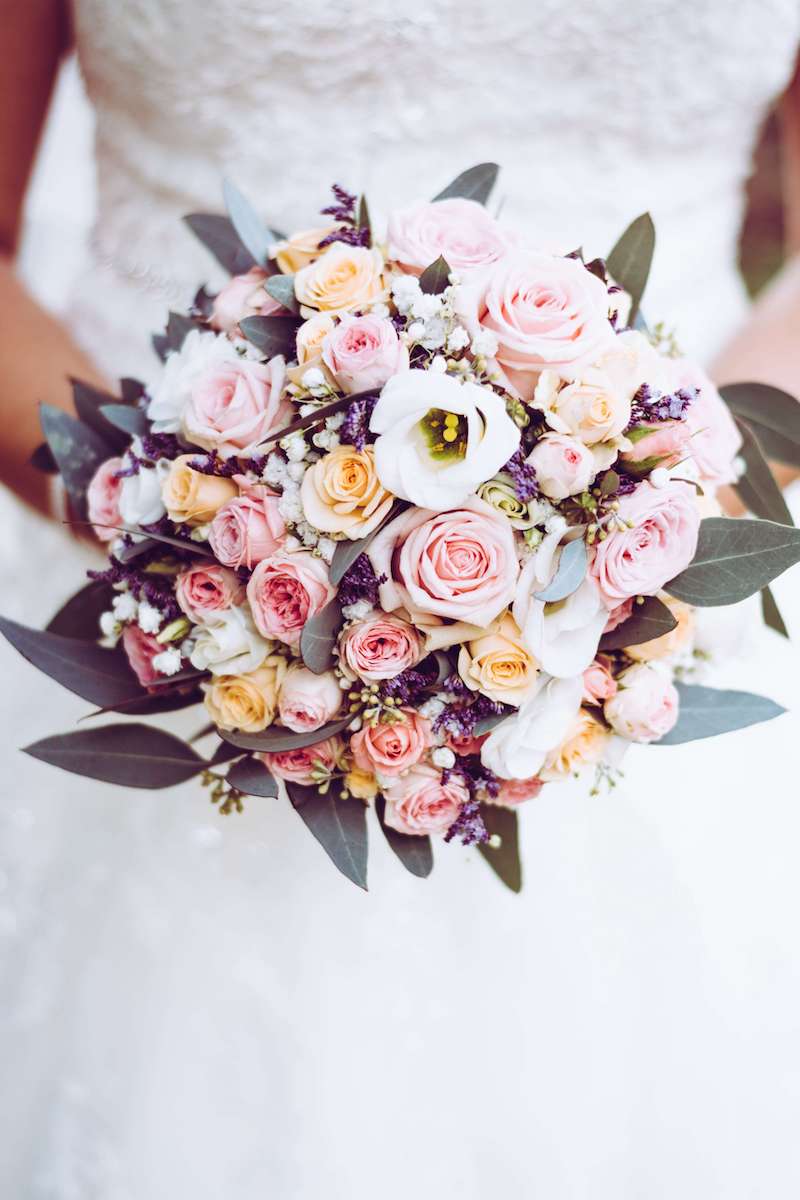 How To Celebrate With An Unforgettable White Wedding

This Magical, Harry Potter-Inspired Wedding Will Absolutely Delight You 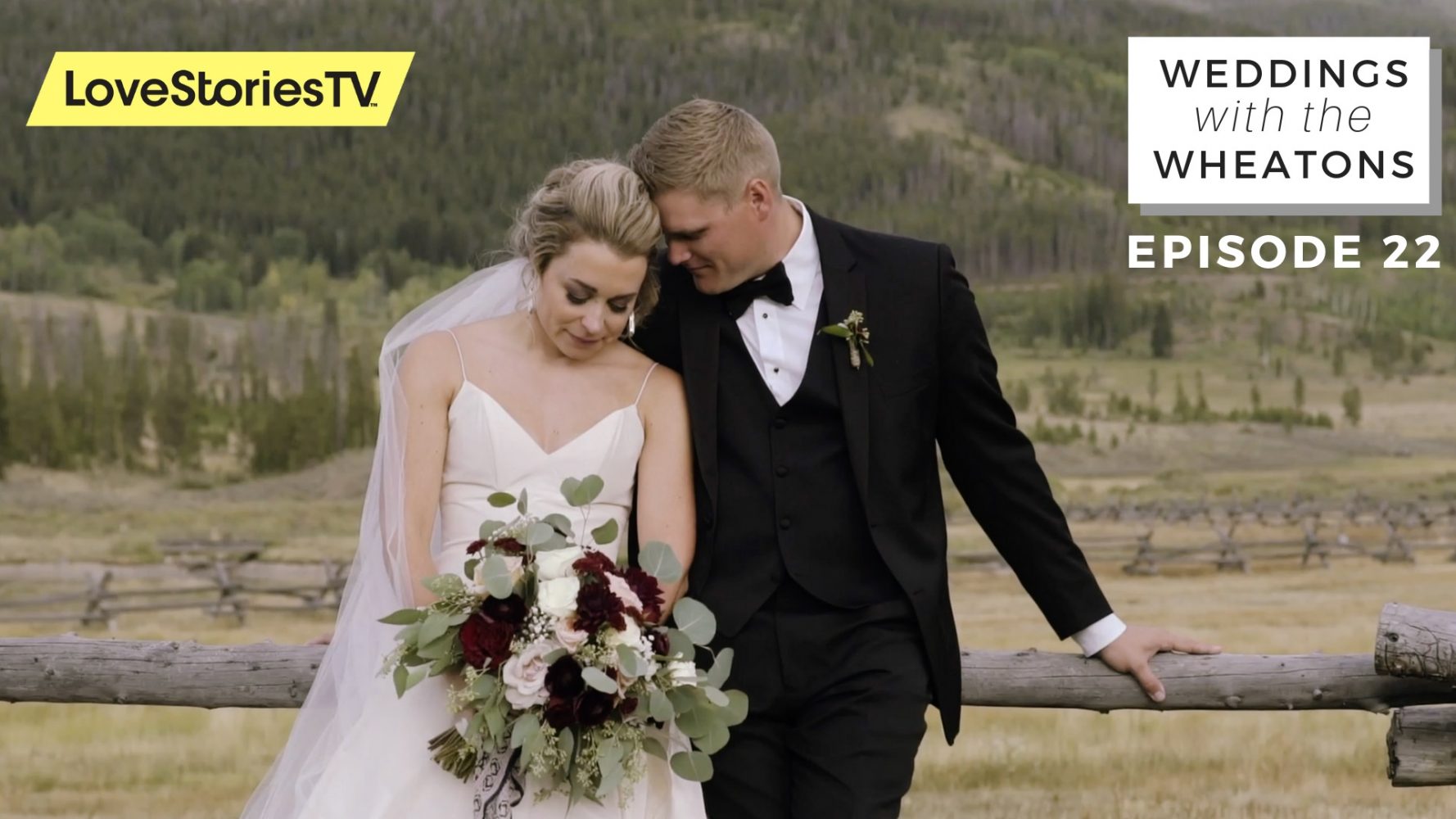 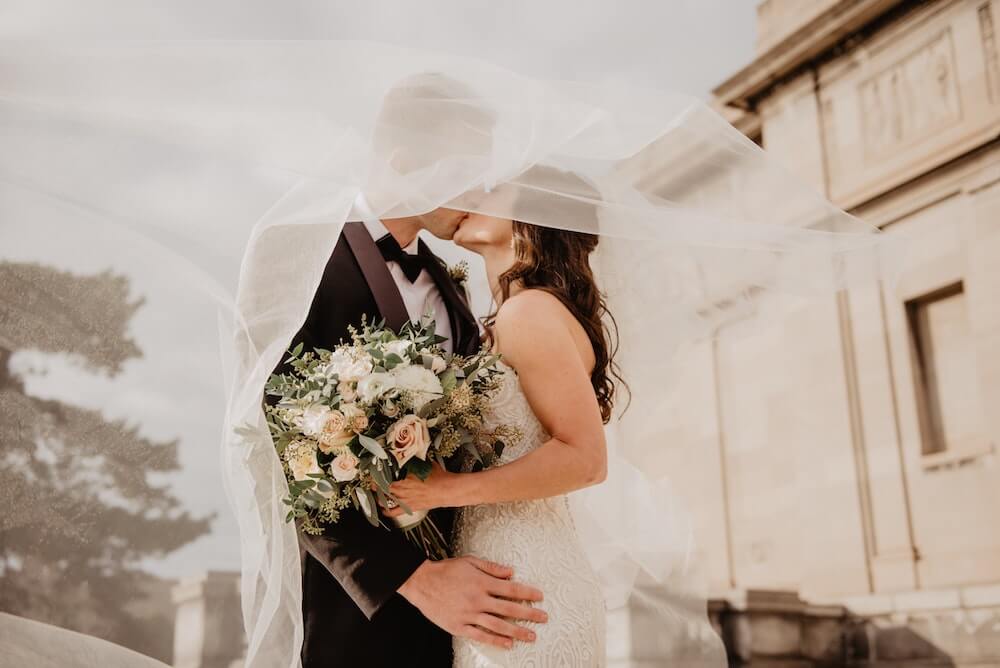